A new story with an old soul. That’s how this book has been described by others who have fallen in love with it and I could not agree more. I was surprised to find something that reminded me, powerfully, of Edith Nesbit, CS Lewis and George MacDonald – while being something completely different at the same time.

We discovered The Green Ember through a dear friend and then really began to understand it because of our Read Aloud Revival with Sarah Mackenzie membership and the absolutely beautiful Author Event with S.D. Smith (as well as the podcast interview). Sam spoke into my heart in that interview and I know that he and his project Story Warren really are on my side as a mama, a pilgrim and a believer in the power of stories to shape the moral imagination of my children. Please check out this video. It is lovely and it captures the essence of Sam’s heart and the intention of Story Warren.

A hero story, this is more Hobbit than Watership Down. More Narnia than Beatrix Potter. And it works. I was skeptical because I usually prefer my animal characters to be of the James Herriot kind – rather than the talking Beaver kind. But, this, like Lewis, somehow lets us forget that Heather and Picket are dressed animals and instead we relate to the heroes in these interesting characters.

I had a hard time getting into the story at first. Because I had no idea what the intention was, I struggled in the first few chapters – they were almost too pastoral for me. Looking backwards, I understand now that they are in fact much like the beginning of The Hobbit – the innocence of the Shire (I mean Nick Hollow) must be acknowledged before the adventure can begin.

Once Picket and Heather and are on the run, the story comes alive.

I have waited weeks to write this review because I want so badly to communicate the profound value of this humble and tender little story. Even two months later, words fail me.

Heather and Picket are unwitting participants in an adventure that transforms them into the very best versions of themselves – in the old fashioned way. They suffer much. They struggle against themselves. They humble themselves. They confront their own worst attributes. And they do it with the help of incredible mentors and new friends who have their own complex histories. 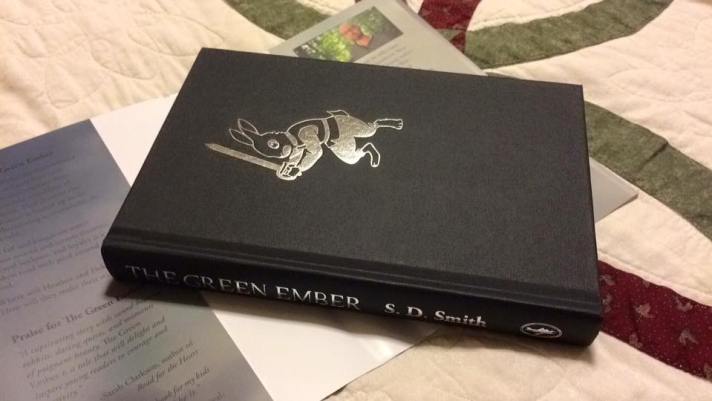 There is so much to love about this book. It feeds the imagination, nourishes the soul and fortifies the character of the reader.

S.D. Smith is the creative force behind Story Warren – a website dedicated to being the horns of Rohan in our lives as we seek stories of truth, goodness and beauty that point our children to the Maker.

There is a sincerity in S.D. Smith’s writing that makes the reader feel like they too could be the heroes of their own stories. Like the greats that Smith loves (Tolkien, Lewis, etc.), he tells stories worth knowing. Stories which inform the moral imagination and continue to speak to the reader long after the book has been returned to the shelf.

It is exactly as S.D. Smith says at Story Warren – they are on our side. They are allies in imagination. 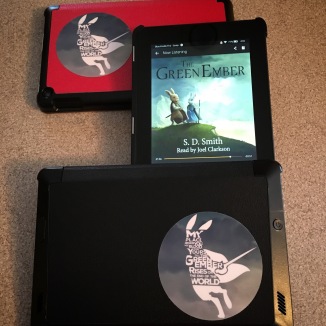 I have been asked about the intensity level of this book. I would put it at the same level as The Last Battle. My four year old had no problem with this book but he is not particularly sensitive. I think that it is fair to say that the intensity progresses as follows:

I would say that the intensity of The Last Battle, The Green Ember and Black Star of Kingston is different but equal. Magician is complicated. Green Ember is less complicated – more pastoral – but more mortal.

I think that The Wingfeather Saga is touch darker than The Hobbit. (We have reviewed all 4 WF books: Edge, North, Monster/Warden.) Tolkien said that The Hobbit was a children’s tale and that even he was unprepared for the darkness that introduced itself into LOTR. I think that Wingfeather has more of mortal danger, dark decisions and violence than The Hobbit. In The Hobbit, we see that Thorin makes a lousy decision which is mortal and dangerous… but what happens to Tink in the second Wingfeather is pretty dark.

Reading order of the #rabbitswithswords books – just remember this mantra: ALWAYS PUBLICATION ORDER. ALWAYS. Smith says that his writing style is bit like CS Lewis’s – out of order but better that way. Everyone should enter Narnia through the Wardrobe and everyone should enter the rabbit books through Nick Hollow (The Green Ember). Read Black Star of Kingston as an origin story – a back story – a follow up to TGE.

Loads of links for you:

Curators of things Good, True, and Beautiful View all posts by Sara Masarik

10 thoughts on “The Green Ember”

Some of our posts contain affiliate links. If you purchase something through those links, it helps to offset the costs of our web hosting. Thank you for that!